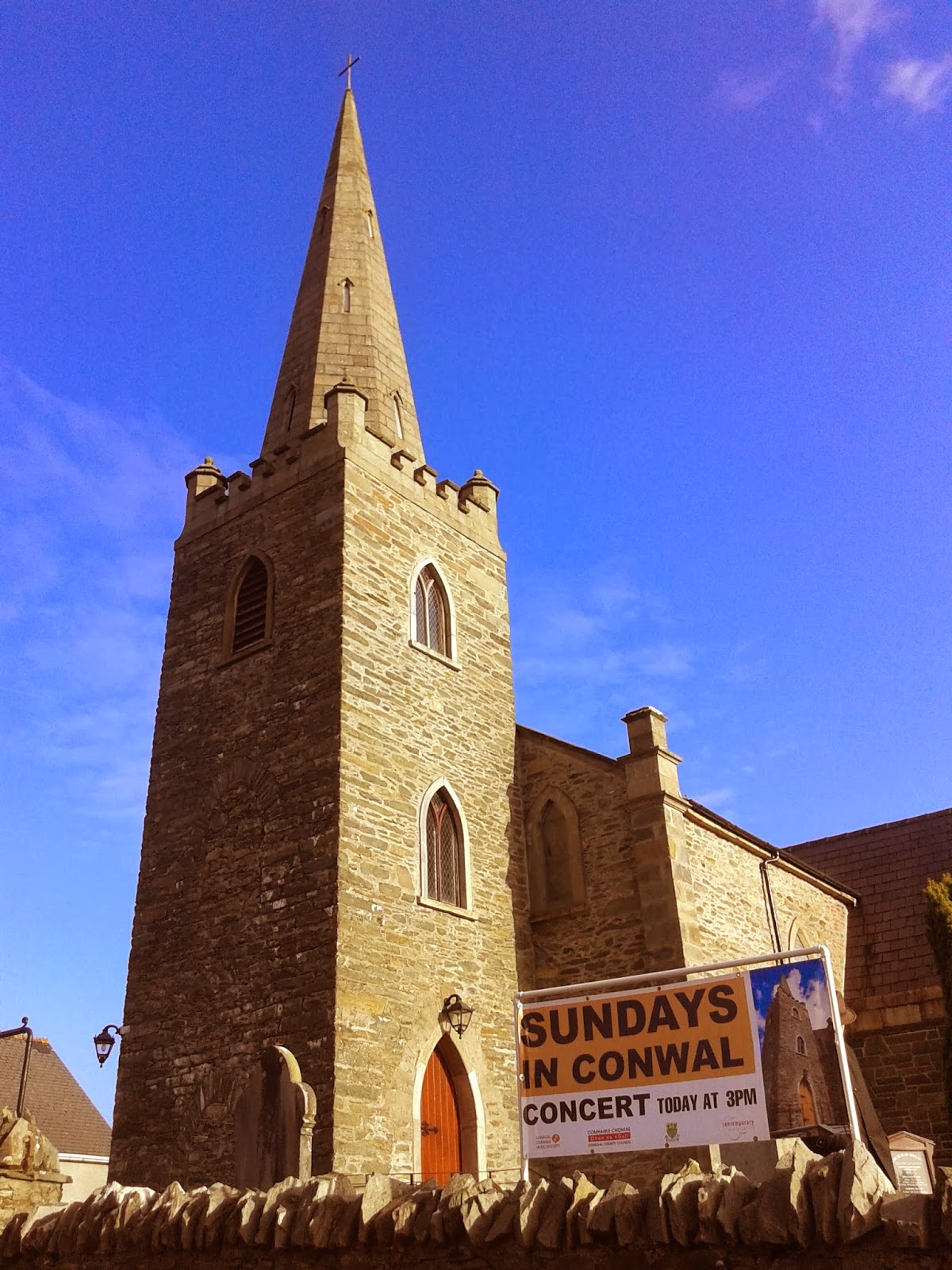 Starting on Sunday 26th January, the Donegal Chamber Music Society will present the first of five concerts during the first half of this year as part of “Sundays in Conwal 2014”.

The opening concert will be played by the accomplished Donegal Camerata, the resident ensemble of this third series of concerts.  An International Ensemble of professional players based in Donegal, the Donegal Camerata will continue their eclectic and attractive chamber music recitals, offering a program with cardinal works from the string repertoire along with some pieces in a more light-entertainment vein.  For the first recital of the year they will present music by W.A. Mozart, P. I. Tchaikovsky, Antonín Dvořák, Josef Suk and Béla Bartók.  As before, in each concert they will present a new work by an Irish Contemporary Composer. The work chosen from the Contemporary Music Centre Library for this recital will be a piece related to Donegal, Ian Wilson’s An tIarthar, composed in 2010 for the Donegal Chamber Orchestra. As well the Donegal Camerata String Ensemble, other artists will be appearing in “Sundays in Conwal 2014”.  Some have already been confirmed; the Donegal Chamber Orchestra offering concerts in February and June.

Donegal Chamber Music Society has been presenting concerts in Donegal since 2009, working with other cultural institutions both locally and nationwide with the aim of fostering an appreciation of Classical Music in the County. The Society collaborates regularly with Donegal County Council, Music Network, Donegal Music Education Partnership, the University of Ulster and the Contemporary Music Centre Ireland. Their committee (Chairperson Graham Harrison) would like to acknowledge the inestimable collaboration of Canon Stewart Wright and the Select Vestry for their concerts in Conwal Church.

With some exceptions, “Sundays in Conwal 2014” take place mostly on the 4th Sunday of each month at 3pm. Music lovers in Donegal may like to make a note of these dates: January 26th, February 23rd, March 23rd, May 11th and June 22nd.

Admission €10/5. Tickets will be available at the door
Posted by donegalchambermusic at 1:55